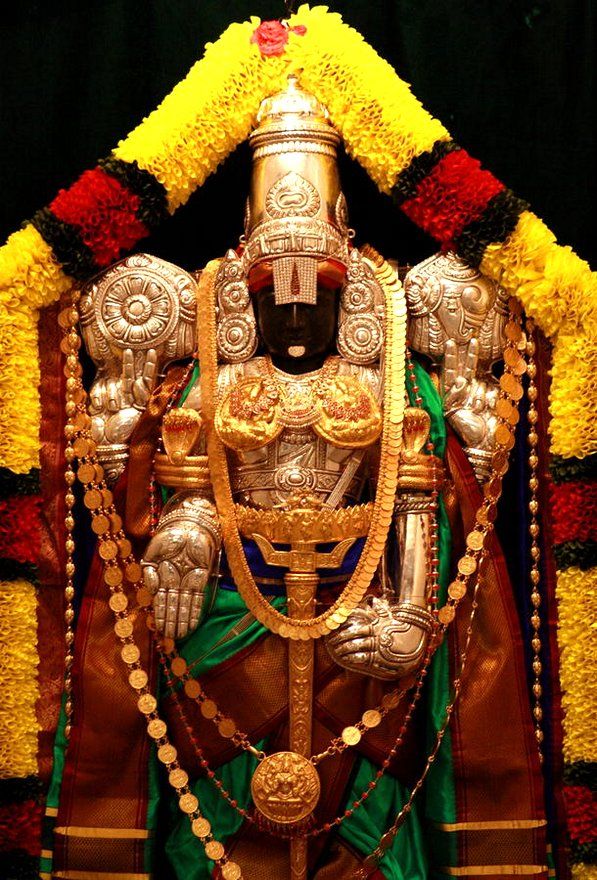 Lord Venkateshwar Swami also known as Lord Balaji or Lord Venkatramana is believed to be the incarnation of Lord Vishnu on the earth during Kaliyug. He is on this earth with Sri Devi and Bhodevi his consorts. Tirupathi temple located on the top of the Tirumala Hills and is one of the largest hills in Seshachalam range of Andhra Pradesh. The Temple is dedicated to Venkateshwara, a form of Vishnu, who is believed to have appeared here to save mankind from trials and troubles of Kali Yuga.