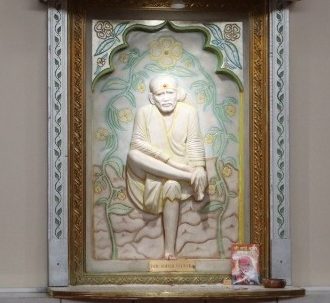 Shirdi Sai Baba was a saint worshipped for his spiritual knowledge and had many  ordinary people as his devotees, a tradition which continues to this day. He lived between 1838-1918 and his teachings include love, forgiveness, charity, inner peace and continuous remembrance  of God’s name. He advised people to study of Ramayan, Bhagawat Gita and Yoga Vasistha. He also practiced Islamic rituals and studied Quran. He lived a simple life and begged for alms around the village where he lived. He was known to cure people of various diseases. He left no spiritual heirs. Shirdi Sai Baba advocated Advaita Philophy and Bhakti in the deities.