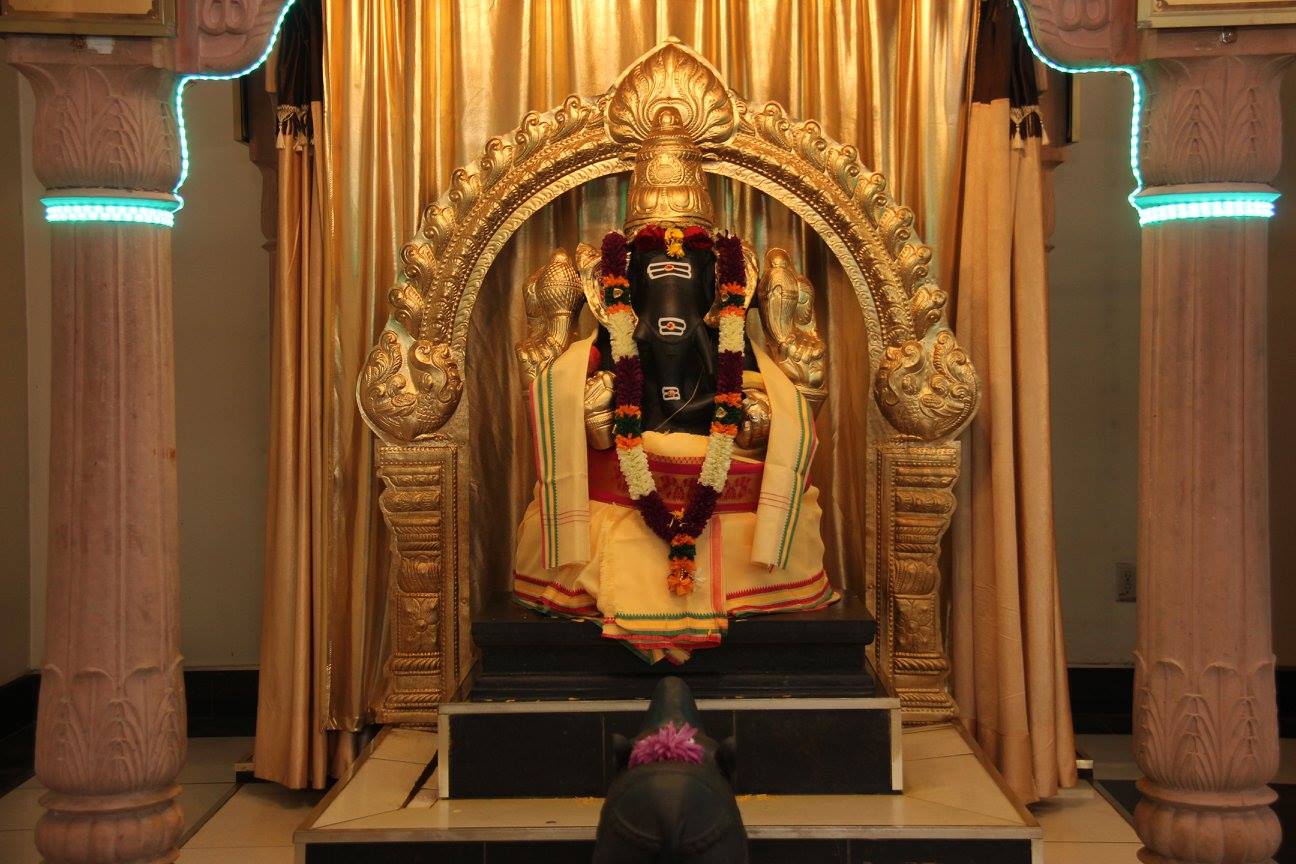 Bhagwaan Ganesh-Shri Ganesh is one of the most widely worshipped deities of the Hindu pantheon. He signifies Intellect and Wisdom. Ganeshji (Gana-esh) is the first Devata to be worshipped among all the Hindu Devi-Devatas and hence he is also referred to as ‘Pratham Poojya’ (The One who is worshipped right at the start or beginning of anything auspicious) Shri Ganesh is the Son of Bhagwaan Shiv and Mata Parvati and the younger brother of Bhagwaan Kartikeya. He has two consorts namely ‘Riddhi’ (Intellect) and ‘Siddhi'(Spiritual powers) and two sons named ‘Shubh'(Auspicious) and ‘Laabh'(Profitable). Bhagwan Ganesh is the Writer of Srimad ‘Bhagwad Geeta’ the Holy Book of the Hindus. Ganeshji’s Big Elephant Head represents Intellect and Wisdom. Elephants are most intelligent beings. They do not walk around obstacles neither are they stopped by them. Rather they simply remove obstacles in their path and walk ahead effortlessly hence the name ‘Vighnaharta’. His Big ears represent sharp sense of attentiveness. He has small eyes which signify focus and attention to detail. He has a large Belly that represents generosity and total acceptance. Ganeshji is often depicted with 4 arms-The right upper hand in holds a ‘Parshu’ (Axe) which helps in breaking things down to parts and analyzing them. Upper Left hand holds a rope which binds things together signifying ‘Synthesis’. The Lower Left hand holds a bowl of ‘Modaks’ or sweets which are his blessings to satisfy the Hunger or Needs of his devotees. The Lower Right hand holds a Lotus flower which represents a Reward or Appreciation or is in an ‘Abhay mudra’ giving blessings and assurances to his devotees to free them from fear of any kind. Ganeshji rides a mouse which is his Divine Mount. A mouse nibbles away bonds of attachment, ego and ignorance. Ganeshji is known by 12 different names namely
1)Vakratunda (One with a coiled trunk)
2) Ekadant (One who has only one tooth)
3) Krishnapingaaksha (One who has dark black,smoky eyes)
4) Gajavakra (One having the mouth of an elephant)
5) Lambodar (One having a big fat belly)
6) Vikat (One who has a huge body)
7) Vighnarajendra (One who is a remover of all obstacles)
8) Dhumravarna (One with a dark grey complexion like that of a thick fog)
9) Bhaalchandra (One who has the Moon on his forehead)
10) Vinayak (Master of Intellect)
11) Ganapati (Leader of the Demi-Gods)
12) Gajanan (One having a face of an elephant)
Ganesh Chaturthi is a 11 day festival that is widely celebrated with great devotion and fanfare by Hindus and people of other faiths all across India and around the World every year and is a means to unite people from different walks of life and communities together