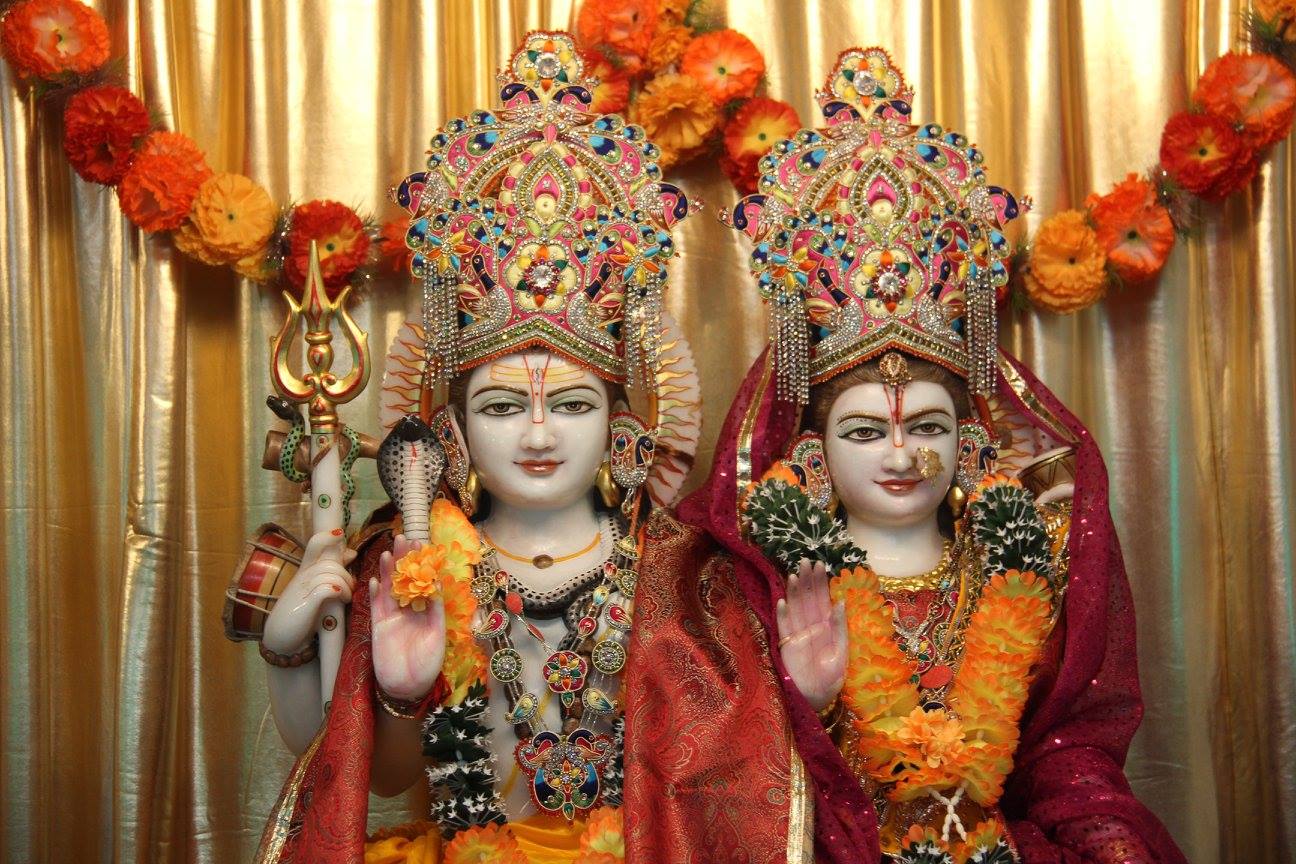 Lord Shiva is worshipped by Hindus throughout the Indian subcontinent and  in other countries in the world. The idol of Lord Shiva is adorned with a crescent moon and the holy river ganga flowing from his hair. There is  also a  serpent around his neck and a musical instrument damaru in his hand.

Hindus believe  Lord Shiva is responsible for maintaining the cycle of life from birth to death.  Lord Shiva is believed to have a third eye signifying wisdom.

Shiva resides in Mount Kailash, a part of Himalayan Mountain range in Northern India along with his consort Goddess Parvati and their children, Lord Ganesh and Lord Kartikeya. Together, they are  known as Shiv Parivar. Shiva/s vaahan is a bull called Nandi and is shown with Shiv Pariwar and is a sign of devotion and patience.

Goddess Parvati is the reincarnation of Sati who was the wife of Shiv and Sati sacrificed her life through self immolation to avenge her husband`s insult. Shiv could not bear her sacrifice and isolated himself into deep meditation.

Due to Lord Shiva`s absence the world became chaotic as life cycle was disrupted and it was important that Lord Shiva woke up from his meditation. Parvati, the daughter of Himavan, the mountain king of Himalayas (Parvat) was Sati reborn. Parvati gets attracted to Lord Shiva and begins her quest to marry Him through yoga, tapas and meditation.

Lord Shiva is pleased by her dedication and decides to marry her thus breaking his self-isolation and restoring the   balance in the world. Shiv and Parvati’s marriage is one of the historical events mentioned in most Indian religious literatures such as Shiv Puran, Matsya Puran and Skanda Puran. Parvati known as Uma and Shakti forms her alliance with Lord Shiva and is worshipped together as Shiv Shakti believed to be an enormous source of spiritual energy.