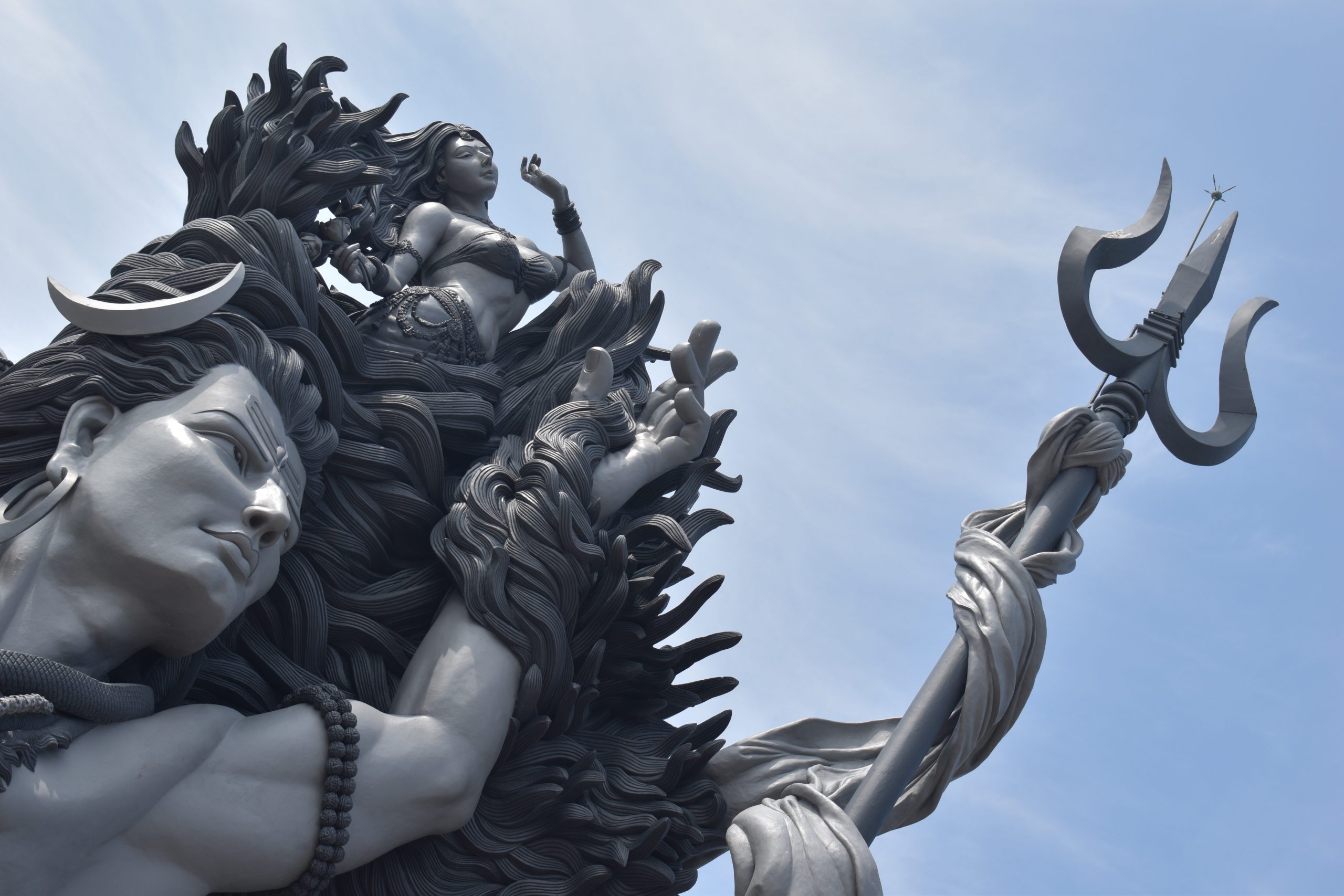 Shiv is a deity worshipped by Hindus throughout Indian subcontinent and southeast Asia. Hindus revered Shiv as God responsible for maintaining the cycle of life from birth to death. Shiv symbolizes Trishula (Trident), representing creator, preserver, and destroyer. Shiv believed to have a third eye signifying wisdom and distinguishing what is right or wrong.Shiv idols are usually depicted adorning the crescent moon, the holy river Ganga flowing from his hair, a serpent around his neck, and damage a musical instrument in his hand.Shiv is a yogi practicing Yoga, meditation, and arts and is believed to reside in Mount Kailash, a high peak in Kailash Range, Himalaya in Northern India.

Shiva resided along with his consort Goddess Parvati and their children, Ganesh and Kartikeya thus known as Shiv Parivar.