Lord Venkateshwara Swami also known as Lord Balaji or Lord Venkatramana is believed to be the incarnation of Lord Vishnu on the earth during Kaliyug. He is on this earth with Sri Devi and Bhodevi his consorts. The Tirupathi temple is located on the top of the Tirumala Hills and is one of the largest hills in Seshachalam range of Andhra Pradesh The Temple is dedicated to Venkateswara, a form of Vishnu, who is believed to have appeared here to save mankind from trials and troubles of Kali Yuga. Visiting the temple of Venkateshwara Swami has been advised for all believers, at least once in one’s life time. The presiding deity, Venkateshwara, is in standing posture and faces east in Garbha gruha 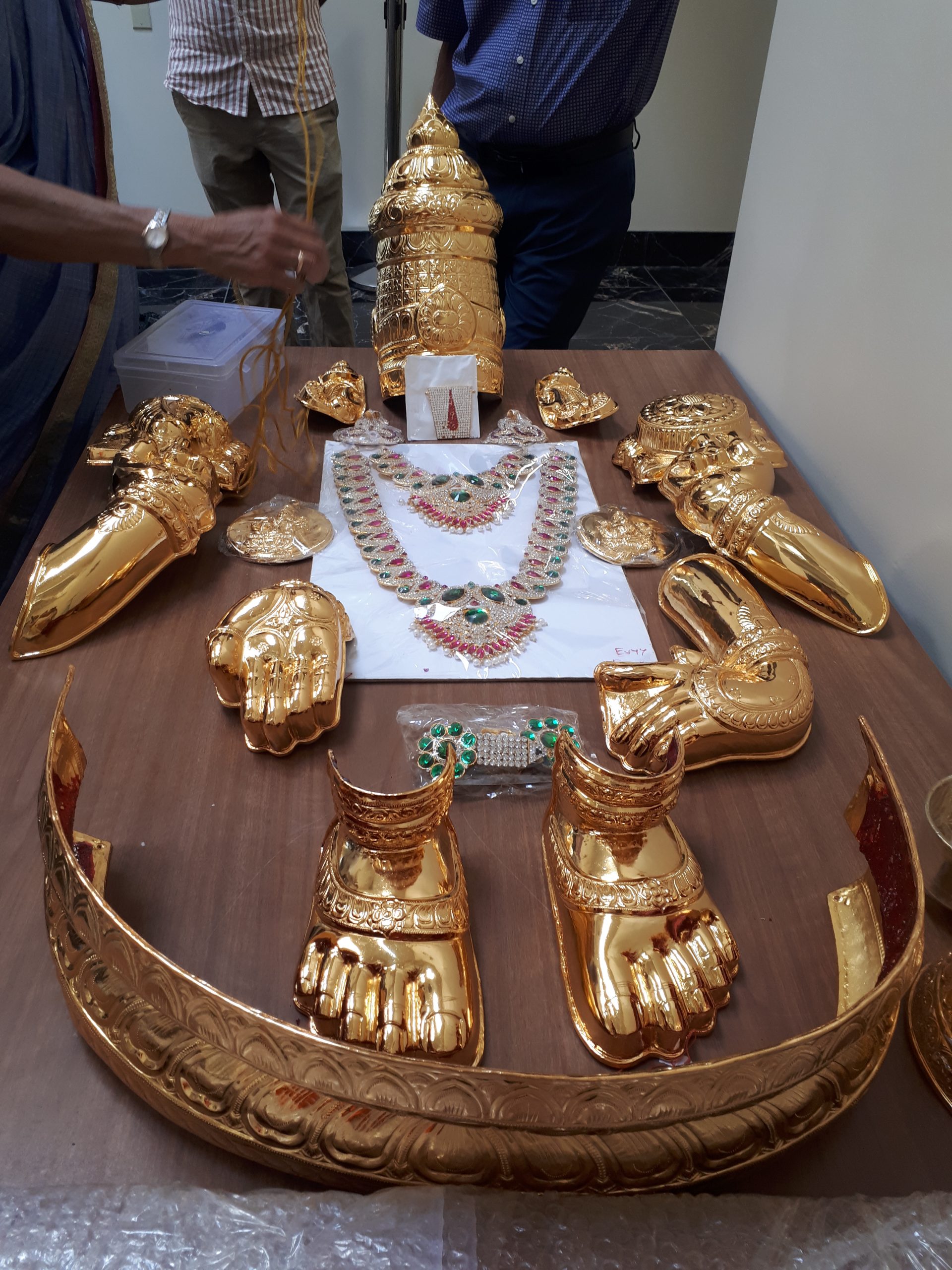 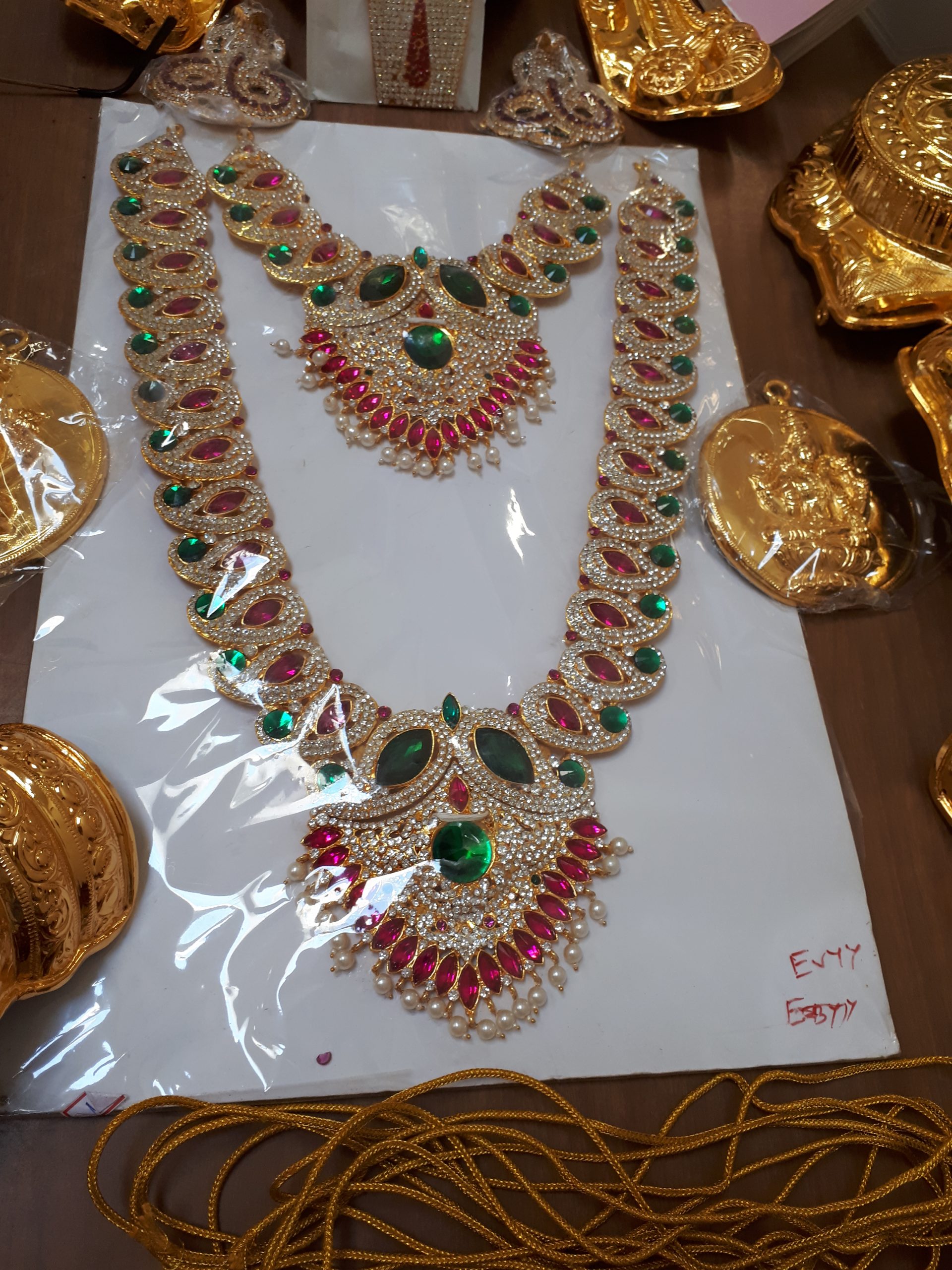 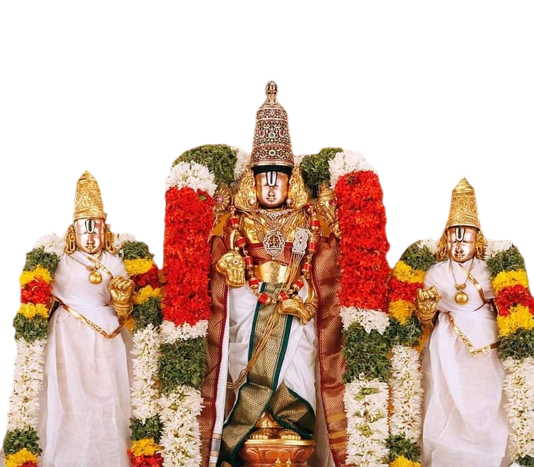 Tirupati The Abode Of Lord Venkateshwara

The temple follows Agama tradition of worship. Tonsure is offered by many devotees as a sign of devotion. Swami Ramanuja (1017– 1137 CE) Acharya the most important Guru of Sri Vaishnavism. He was responsible for setting and managing the worshipping procedures and administrative structure of the Sri Venkateswara temple. Under many kings including Sri Krishnadevaraya, the temple established itself with a lasting religious tradition. In addition, financial stability was provided by king and his successors. The temple is visited by about 27.3 million devotees in 2016.

For the ritual worship of the deities housed in the Tirupati Temple, the flowers, ghee, milk, butter-milk, Tulsi leaves . are sourced from an undisclosed village 22 kilometres away from Tirupati. As per the history of the temple (Stala Purana) Lord Srinivasa or Venkateshwara Swami had to make arrangements for his wedding with Goddess Padmavathi and took a loan from Kubera for his marriage with Goddess Padmavathi. All donations are meant to pay for this loan.The hundi collections go as high as 22.5 million INR a day.

The Vishwakarma , the divine architect, as the legend says created blissful surroundings in the Seshadri hills. Many towns and townships along West coast of Karnataka and many centres within Tamil Nadu, Kerala and Andhra Pradesh have a temples of Venkateshwara Swami acting as the Protector or Grama Devata

Approximately 80000 people of Indian origin moved to Canada in 2018. Canada is accepting 400,000 new immigrants for the years 2021-2023 Many of these will be folks from India and will gravitate to Hamilton as the cost of living is too high in GTA .This temple will be the only Venkateshwara Swami temple from Windsor to Richmond Hill. It is hoped that the traffic from Niagara Falls will spill over to our temple.

There are many legends associated with the origin of this age-old temple. The larger than life statue of the main deity is said to have formed on its own, making it one of the eight ‘Swayambhu Kshetras’ (self-manifested image) of Lord Vishnu. Many ancient texts, including the Rig Veda mention the existence and prominence of the temple. Written texts, which are dated back to the Mauryan and Gupta era, refer the temple as ‘Aadhi Varaha Kshetra’. In fact, many other texts and theories link the history of Lord VenkateswaraTemple to Lord Varaha, one of the ten avatars of Lord Vishnu. According to a legend, Lord Varaha created the entire Seshachalam Hills so that Adisesha, the seven-headed snake on which Vishnu rests, could rest on earth. Interestingly, Seshachalam Hills has seven peaks, which are said to be the representation of the heads of Adisesha.

The construction of the temple too has many legends associated with it. One such legend has it that Lord Vishnu appeared in King Thondaiman’s dream and asked him to construct the temple. The temple was later expanded by various kings and emperors who ruled over the place. Starting from 300 AD, the Lord Venkateswara Temple was built over a period of time. One of the earliest recorded evidences state the generosity of Pallava queen Samavai; she had donated precious jewels and 23 acres of land for celebrating the major festivals of the temple. During the Chola dynasty, the temple was developed further as many Chola Kings embellished it with riches. When the Vijayanagara Empire took over, diamonds and gold were donated to the temple. Krishnadevaraya, one of the famous Emperors of Vijayanagara, visited the temple on multiple occasions and contributed to the construction of the temple.

Where Is Lord Venkateshwara Located?

The temple is in the Chittoor district of Andhra Pradesh on the hill town of Tirumala. It is one of the seven hills of Sapthagiri and Lord Venkateshwara is located 22 km from the town center.